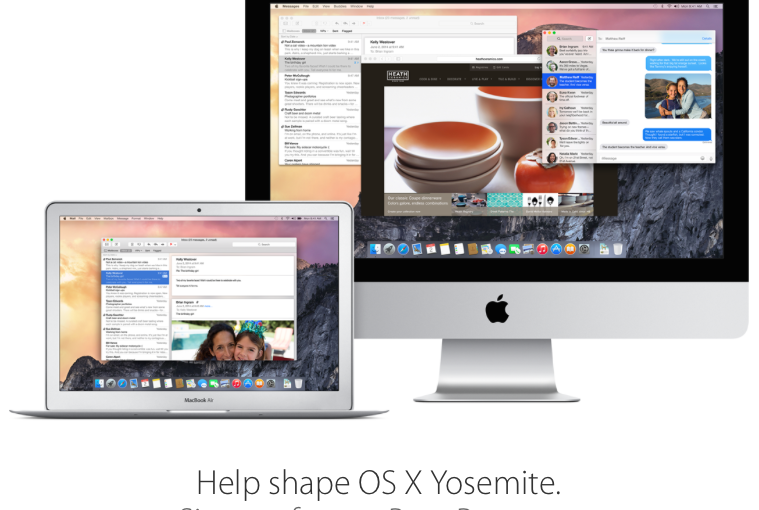 Apple has announced that it will open the public beta version of OS X Yosemite tomorrow, July 24th, for users who want to preview the upcoming version of the Mac operating system ahead of its release targeted for this autumn. Interested users can sign up to be an OS X Beta Program member on Apple’s Beta Program site. The only requisite is that you have OS X Mavericks installed on your Mac.

Earlier this week, Apple released the fourth and latest developer preview of OS X Yosemite through its Developer Program alongside a redesigned iTunes 12.

Despite OS X Yosemite and iOS 8 sharing features that rely on each other heavily, it has been reported that the two operating systems are expected to launch separately as Apple readies the them both for public debut for everyone. While iOS 8 is on track to be released in September, the final version of OS X Yosemite is expected to be ready a month later in October.

Apple first announced about this OS X Beta Program which would allow non-developers to preview OS X 10.10 earlier this year at WWDC, although iOS 8 will not receive the same treatment for non-developers, since several features require the latest iPhone and iPad operating system.